It is official, Disney has bought several assets from 21st Century Fox.

Bob Iger will remain at Disney through 2021

Bob Iger said on GMA that James Murdoch will be key to the integration and he will be discussing if there is a role for him at the larger Disney over the next several months.

This is really going to grow Disney's international media business.

This is a question many people have been asking...

Regarding the Marvel component of the deal, here is what the press release says, "The agreement also provides Disney with the opportunity to reunite the X-Men, Fantastic Four and Deadpool with the Marvel family under one roof and create richer, more complex worlds of inter-related characters and stories that audiences have shown they love. "

One can't help but wonder if they will solicit fanboys to testify to regulators about the benefits of the deal to get approval. 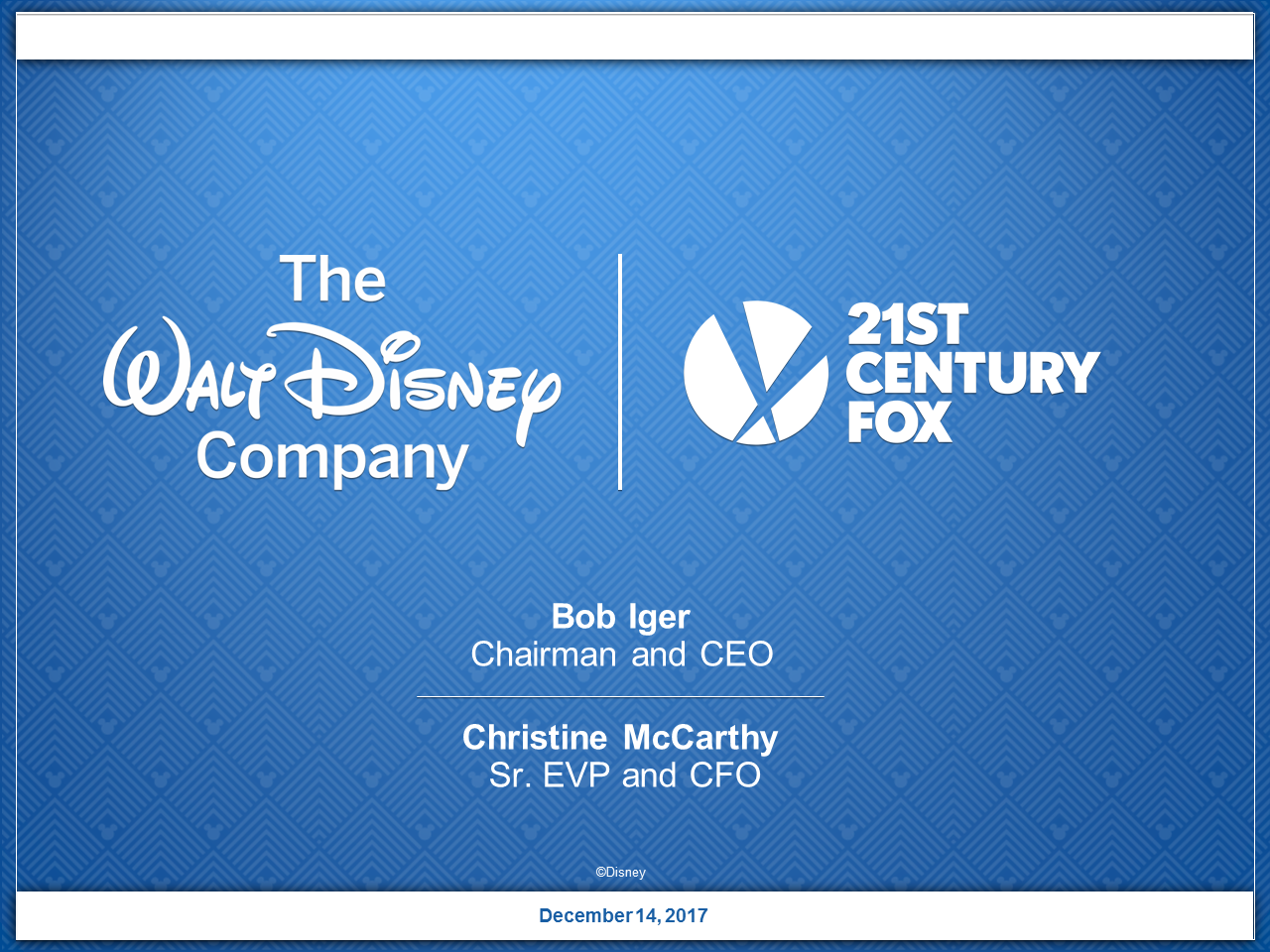 It is interesting that Disney is calling out that they will own Deadpool rights after Bob previously said they had no interest in making R-rated Marvel films.

The deal is expected to close in the next 12 to 18 months.

The question is how does acquring cable networks mesh with their direct-to-consumer offerings.

Bob says they had said that they plan on doing both, but if cable ends up not being viable they can refocus on direct-to-consumer.

The production capabilities will help make content for Disney's direct-to-consumer services, including Hulu.

The next question is on keeping talent. Bob says that they have shown that they will respect the culture and talent of the companies they acqurie. He points out that he was acquired when Disney bought Cap Cities/ABC.

They are looking at the acquisition of the regional sports network as a perfect compliment to the existing national ESPN service.

A lot of Fox content would fit within a Disney branded service (Marvel, National Geographic). More adult-orientated product will be funnelled to Hulu.

Bob says it is premature to say if they will invest more in original content for Hulu.

Now they are asking why not have just one direct-to-consumer service. Bob says they want to give the consumer choices about what they want, but of course they could get all of them.

Next question is why they didn't buy the Big Ten Network, which will remain with "New Fox"

Bob said it was just part of the negotiation, and that they decided they wanted to keep it.

Bob said, normally on this day, the focus would be on The Last Jedi, so he gave a plug. The call ended with "May the Force be with us all."

That's a wrap from Disney. Leadership of 21st Century Fox will host a call in about 25 minutes.

Rupert Murdoch said that today is a momentus day for those that have built and nurtured 21st Century Fox.

Meanwhile, Iger is on CNBC speaking the global benefits of the deal.

The deal started after Iger and Murdoch had a casual meeting where they talked about the future of media.

Bob believes by controlling Hulu they can direct it to grow.

Iger reiterates that he feels there will be three direct-to-consumer services. The ESPN sports service, the Disney branded service, and a Hulu adult-targeted service.

Iger and James Murdoch have talked about a potential role for him at Disney, but nothing has been set.

Bob Iger originally thought that this deal was a "long shot"

When asked about running a TV network without a TV studio, Rupert Murdoch points out that many networks buy shows from others studios.

That concludes the Fox call, which was (understandably) more focused on New Fox than Disney. But some interesting notes nonetheless

Sounds like HBO will be losing 21st Century Fox films.

I am very pleased to tell you that we have entered an agreement to acquire a truly stellar collection of entertainment businesses and franchises from 21st Century Fox. The deal includes 20th Century Fox Film and Television, along with a broad collection of valuable cable properties including FX Networks, the National Geographic channels, Fox Sports Regional Networks, Fox Networks Group International and Star India, as well as Fox’s interests in Hulu, Sky plc, Tata Sky, and Endemol Shine Group.

This is an historic move forward for us, one that reflects a rapidly evolving media landscape that is increasingly defined by transformative technology and consumer trends and expectations. Empowered by new and exciting technology, today’s consumers want more access to entertainment and information…and they want their entertainment experiences to be more compelling, easier to find, and easier to use.

Bringing Disney and 21st Century Fox together will combine some of the world’s most iconic entertainment franchises along with great creative talent and a broad international presence to create a multi-faceted global entertainment company with the content, the platforms, and the reach to meet the growing demands of consumers around the world.

We are very pleased with the prospect of gaining 21st Century Fox’s extensive international properties, which allow us to substantially enhance our global footprint with world-class offerings in key regions. Star India alone reaches 720 million viewers a month and Fox Networks Group International includes 350 channels in 170 different countries. Fox also owns 39% of Sky – one of the most successful and innovative television companies in Europe. They hope to close their purchase of the rest of that company next summer, which would give us a direct relationship with the nearly 23 million households Sky reaches in that region.

Given 21st Century Fox’s collection of valuable content and its direct-to-consumer capabilities and experience in The Americas, Europe, and Asia, this acquisition will expand our direct-to-consumer offerings and significantly accelerate our strategy in that direction. It will also give us a controlling interest in Hulu, which opens up even greater potential for us to grow and enhance that platform. As I’ve said before, creating a direct relationship with consumers is vital to the future of our media businesses. It’s one of our highest priorities as a company, and for me it’s one of the most interesting and exciting aspects of this deal.

The combination of Fox’s creative properties with Disney, Pixar, Marvel, Lucasfilm, ESPN, and ABC offers the opportunity for us to create even more compelling entertainment experiences and value propositions that appeal to a broad global audience.

On a personal note, I often say that leading this phenomenal company is the privilege of a lifetime, because I get to work with so many incredibly creative, dedicated, and inspiring people. The deal we announced today makes me even more optimistic and energized about our future, and I appreciate the opportunity to continue to lead you through this dynamic era of change and new possibilities. I remain completely awed by your collective talent and immensely grateful for your support as we write the next exciting chapter in Disney’s legendary story together.

If you're just joining us, you can scroll down for previous updates or here's an overview of today's big news: https://www.laughingplace.com/w/news/2017/12/14/Fox-Disney-deal

Will someone tell Ryan Reynolds that the Matterhorn and Cinderella Castle aren't in the same park?

We are seeing folks concerned about the deal being approved by anti-trust regulators, but one expert says that the deal will be good for competition as it will create a viable alternative to Netflix.

Remember the last time Disney bought something from Fox? 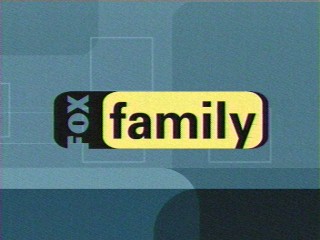 The Writers Guild is opposing the deal:

“In the relentless drive to eliminate competition, big business has an insatiable appetite for consolidation. Disney and Fox have spent decades profiting from the oligopolistic control that the six major media conglomerates have exercised over the entertainment industry, often at the expense of the creators who power their television and film operations. Now, this proposed merger of direct competitors will make matters even worse by substantially increasing the market power of a combined Disney-Fox corporation. The antitrust concerns raised by this deal are obvious and significant. The Writers Guild of America West strongly opposes this merger and will work to ensure our nation’s antitrust laws are enforced.”

According to Murdoch, "This started with Bob Iger, a friend of mine, sitting at my winery one evening having a couple glasses, just talking about our businesses and the industry generally, the forces of disruption that were happening."

According to the Press Secretary, the President of the United States spoke to Rupert Murdoch earlier today and believes it will be a good thing forjobs.

President Trump's support is in stark contrast with his disapproval of AT&T acquiring Time Warner.

The Hollywood Reporter's Kim Masters said that the deal is terrifying Hollywood due to Disney's market dominence despite releasing fewer films.

Laura Martin from Needham & Co pointed out that what many are missing is that traditional entertainment companies are competing with technology companies like Netflix and Amazon.

Ryan Radia from the Competitive Enterprise Institute, said that the deal should be approved. The marketplace of content has grown exponentially (peak TV).

Disney will be leasing space on the Fox lot for seven years as the Disney lot won't be able to handle all of the staffers that are part of the acqusition.

According to CNBC, Comcast offered more for the Fox assets, but the Murdoch's preferred having Disney stock.

In about 15 minutes, Disney will be holding a Q&A with shareholders. We'll liveblog the happenings and goings on right here.

Bob talked to James Cameron a few hours ago. He is thrilled about the deal and he sees other opportunities.

They had planned on launching with two products, one sports and the other family. They are going to be priced less than Netflix. The reason the sports product will be less is it is an add-on to the traditional ESPN service. The Disney service would be priced less because there would be a lot less product. Hulu will be the home for adult product from ABC and non-branded film. They essentially would have three services available. Consumers could buy a bundle of all-three.

Nothing has been predetermined about where the streamlining of the two companies will take place. They took a look at where efficencies can be found and ended up with $2 billion within 2 years.

Bob says that the plan is to take the best of both companies, both people and product, and put them together.

Bob says that FX is a great brand that is edgier and could stand on its own, outside the cable bundle.

Nat Geo brings something that is a complimentary to Disney and will fit with their direct-to-consumer service.

The Fox Regional Sports Networks will work well with the national ESPN. Most of them will branded ESPN eventually.

The amount of films made under the 20th Century Fox banner is unknown.

Bob believes the Fox Searchlight will fill in a hole as they make the small-budget, high-quality films very well.

The Marvel films will move under Kevin Feige.

Disney will be spending money on development for content for the streaming service while losing licensing revenue from their deal with Netflix etc, but Bob believes that it is worth it.

One of the things they learned from UK's DisneyLife was to lower the price and that the app needed to work well on all platforms. It worked well on Apple devices but not Android. They bought BAMTech to get an education on the technological needs.

There has been such an explosion of content from new entrants into the entertainment space which has reshaped the market. They expect questions to be asked, but Disney believes they have very good answers.

Bob does not believe that there are many park opportunities at this point. The Consumer Products business won't also see big needle movers.

Disney will be inheritting the distribution agreements for the networks they are acquiring.

With that, the Q&A is over as the investors head to see Star Wars: The Last Jedi. The crew at Laughing Place is going to do the same. But this is just the first day of a long process. Follow along every day as we go through the process.